SEAFI is a self-funded scientific research project under the leadership of Sr Research Engineer Arnaud Disant (UCD). It originated ten years ago at the National Maritime College of Ireland (2012) when a group of maritime professionals & students envisioned an alternative to conventional maritime datacoms.

From 2013 onward, the Wireless Maritime Area Network concept was developed in Cork Harbour as part of an EU-funded research project whose primary beneficiary was the Port of Cork.

Several prototypes were developed and tested in Rochespoint Lighthouse from 2013 to 2019. A SCIENTIFIC WORLD RECORD FOR THE LONGEST WIRELESS INTERNET COMMUNICATION AT SEA was established on 6 June 2018. With 19.4 nautical miles (35.92 km) and it was achieved by Arnaud Disant and the crew of the Offshore Supply Vessel Ocean Spey owned by Mainport. 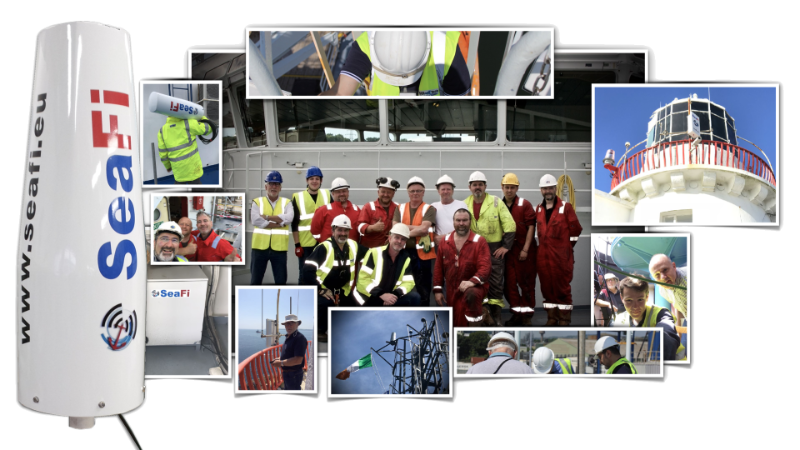 Why did we do it?

There are currently two possibilities to send/receive communications at sea: satellite, or cellular systems such as the 3G used by your mobile phone. SeaFi offers a new third option.

In a few words, here is what it is, and why this record was so important to us...

SeaFi facilitates the creation of private networks in ports and coastal areas by establishing connections between lighthouses, maritime wind turbines, or offshore drilling platforms and vessels at sea. We have coined the term Wireless Maritime Area Network, WMAN for short. These networks are used to connect the ships and their crews, as well as the data collection buoys (weather, tides...) for example.

SeaFI is a radio system on the band frequency of 2.4 GigaHertz which works a little like Marconi's telegraph system, using coastal stations (connection points) and embarked stations at sea. 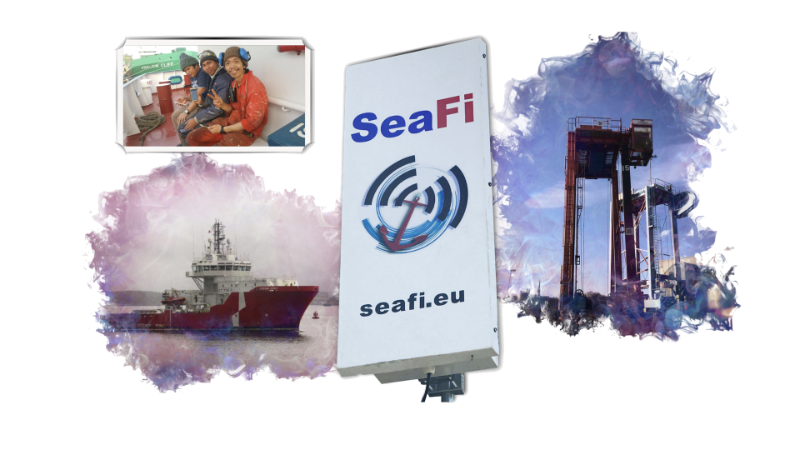 Who uses it for what?

Applications are almost infinite when you come to think about it... It can be used by maritime professionnals as well as scientists! A mostly unknown but large population of men and women are working at sea for eight to ten months of the year, only seeing their families on rare occasions. Consider also fishermen and all those who defend our coasts against the multiple kinds of trafficking, including any type of goods, and even human trafficking, and who are fighting to protect the marine ecosystem. Besides improving security and business efficiency and much lower communication costs, for all these people, Sea-Fi represents the possibility to greatly improve the family link during their long absences. 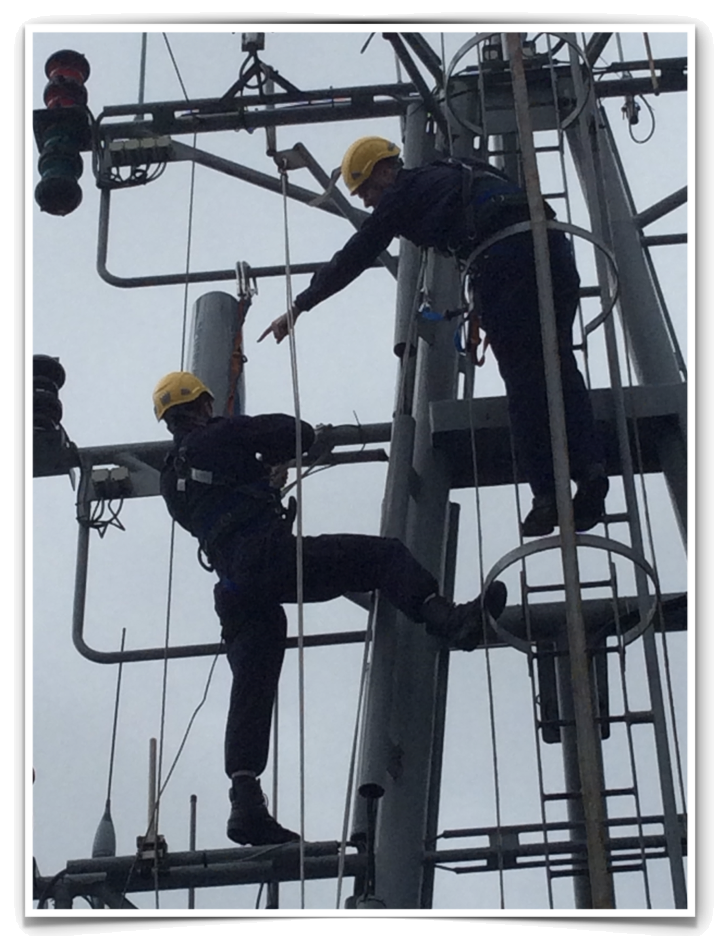 Invented to face the growing demand for mobile data from our mobile phones, the 3G/4G network, expensive to put in place, it is primarily used in larger population areas. 3G/4G's availability at sea is purely coincidental and is very unreliable. 5G because of it's density factor will probably never be available at sea. It is extremely difficult to define the capacity required by a cellular telecommunication mast without knowing with precision the number of potential users (saturated networks phenomenon). In an overload situation, whatever units are most remote from the mast, being smartphone or databuoy, are the first to be disconnected from the network. This phenomenon occurs each year in the Mediterranean with the summer migrations, when millions of people are taking position on the beaches and posting their holidays in real time on social networks. As a side effect, real time expected maritime data ends up being delayed.

Isn't it what satellite communication is for?

The Iridium satellite system is theoretically based on 80 satellites, each one the size of your microwave oven. The first generation satellites were put in orbit between 1997 and 2002 (cost $5 billion) and is reaching its end of life in orbit, while the new generation will take over. For the first generation, 98 satellites where built, 95 were launched, and 66 are still in service while 6 are there for contingency purposes. Obviously, this is at a very high cost for the users. 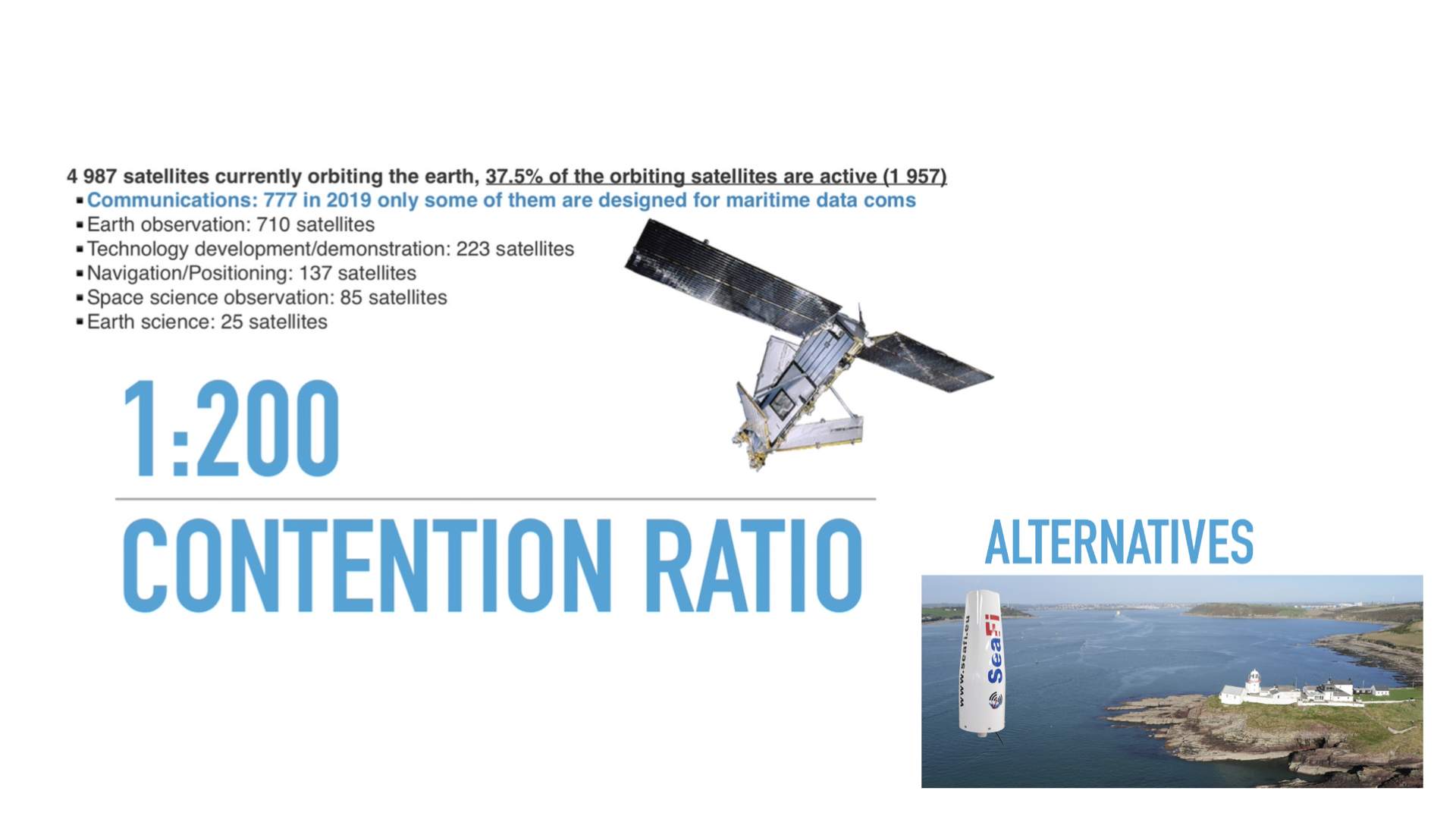 On the technical side, it is a WIFI system where the access point (the satellite) is 700 kilometers away from the vessels (the station). The last satellite was built in 2002 to support 1100 concurrent telephone calls at the time. Today, it must face much more traffic, including data. You need double capacity to relay emails with photos instead of simple telephone calls. This means that the current capacity of the satellites is for 550 stations. This is called the contention rate. Planned for 1100 c0ncurent calls contention rate, the Iridium network today is estimated at a 400:1 contention rate with data. In other words, each satellite designed at a time when the smartphone that you use to read this text did not exist, must now face in the era of the all-connected, the Internet Of Things (IoT). They soon won't be able to face the market demands. Sattelites and SeaFi can work together decongesting marine data communications.

We have developed SeaFi, an original replacement solution presenting multiple benefits. In addition to very minimal installation and operating costs to provide the equivalent service (or improved), this localised, state of the art and perennial at once, solution also offers a new life for lighthouse. Still useful to navigation in recent years, lighthouses have lost their initial vocation to guide ships with the era of GPS and electronic maps. SeaFI makes the step to shift from light providers to data providers, thus saving these maritime dedicated buildings from an imminent real-estate economic shipwreck. A lighthouse or other fixed connection point can connect an area of approximately 2500 square kilometers. There are 18,600 lighthouses in the world, many of which could become SeaFI relays, we could cover up to 45,000,000 square kilometers of coastal zone, which would relieve the satellite system.